The Yellow River is the second-longest river in China, after the Yangtze River, at the estimated length of 5,464 km. In the Upper Yellow River, major bank erosion and channel shift occurs. The silt and loess from the upstream catchment with coarse desert sand from the banks result in a complicated mix of meandering and braiding reaches.

In the last decades, upstream hydropower dams and water extraction changed the discharge regime and channel patterns. Currently, plans are made to redistribute the discharge over the Yellow River and Yangtze River, resulting in a much higher peak discharge. The morphological effects of these plans are unknown but potentially hazardous for everyone and everything along the river. 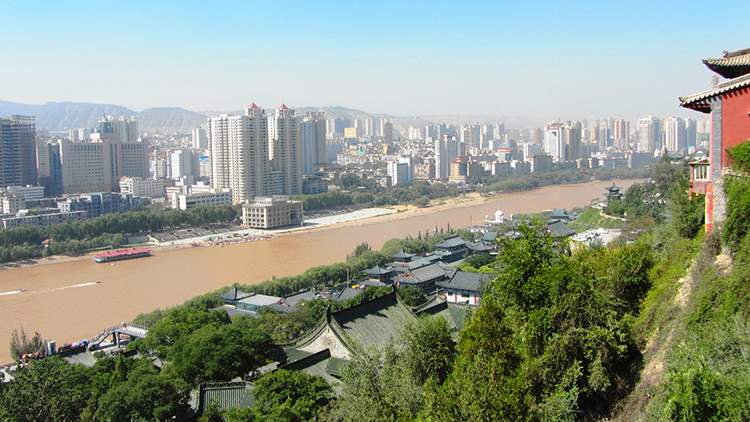 With the use of satellite images and numerical hydraulic models we quantified and assessed the morphological effects of future discharge scenarios. We focussed on the channel pattern and dynamics, i.e. the river bends, islands, and bars. Landsat images and cross-sectional profiles provided important information about the history of the area of interest. We use Delft3D modelling software to analyse the morphological effects and we derive initial hydraulic and hydrological conditions from satellite images.

From historical data we know that changes in discharge regulation lead to changes in the dynamic behavior of the Upper Yellow River, from highly braided to mildly braided and even meandering. The reduction in braiding intensity was reproduced by the numerical model as a means to validation and verification. For future scenarios, the mathematical simulations show how the increase in peak discharge will result in severe channel widening and a transformation to a highly braiding river. Bank erosion and formation of new channels on the floodplain are dominant processes in the change of the channel pattern.

This study showed how satellite images and computer simulations can be used to get insight in the morphological effects of human-induced measures. The potential of satellite data and computer models to study the complicated behavior of bars and branches in braiding rivers and the channel shift in meandering rivers has been demonstrated in this study.