The Gambia, a small West African country with a narrow Atlantic coastline, is known for its diverse ecosystem around the central Gambia River. It is increasingly prone to natural disasters putting people, assets, and the economy at risk, i.e. in the Greater Banjul Area (the capital and suburbs).

The City of Banjul has an average elevation of only 80 cm above Mean Sea Level, which makes it particularly vulnerable to coastal flooding. The coastal zone is eroding, at some locations at a fast pace. This has a direct impact on the tourism sector which is of extreme importance to the Gambian economy (.. % of GDP). The challenges and needs for coastal resilience and flood mitigation in the Gambia are vast and, thus far, there is no comprehensive strategy or plan to address them.

An important aspect of the study is to assess the coastal hazards:

Based on numerical modelling (3Di) and remote sensing techniques (satellite imagery), the flooding and erosion hazards have been qualitatively and quantitatively assessed and visualized. Both for the current situation and future projections in 2040 and 2070. 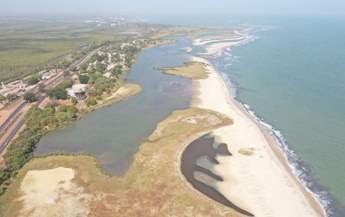 Flood vulnerability maps were constructed based on assets and population figures and projections. The exposure of assets to flood hazards gives insight in how assets are affected by a given flood event. By integration of hazard, exposure, and vulnerability data, flood risk maps have been produced.

This assessment resulted in hazard and flood risk maps for a large variety of flooding and erosion scenarios. A detailed risk assessment and investment options will facilitate discussions between The Gambia and the World Bank on investment strategies.