In order to set up parametric insurance solutions for flooding, AXA wishes to get better insight in the flood risk at several sites throughout the city of Miami. For this area hurricanes play a major role in flooding of the city. Major hurricanes regularly pass the area, of which Irma (2017) is one of the most well-known in recent history. The surge caused by passing hurricanes is an important input parameter to derive inundation depths in the area of interest, but is difficult to predict due to the large variability in hurricane tracks and intensities. 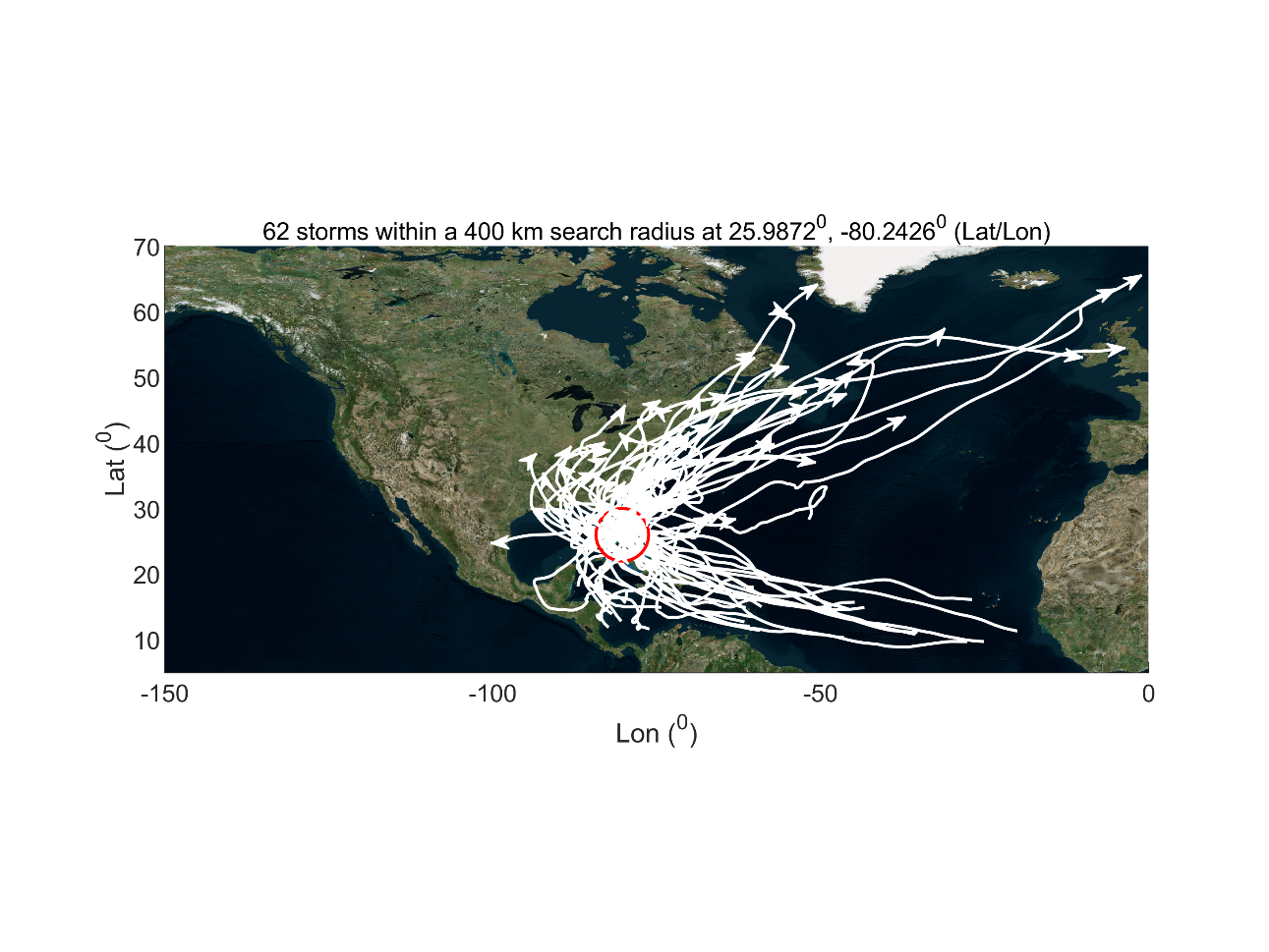 Royal HaskoningDHV was involved in the surge modelling and flood mapping for Miami. A large-scale surge model was set up using the MIKE21 software, covering the Gulf of Mexico, the Caribbean Sea and part of the Atlantic Ocean. For 35 historical hurricane events temporally and spatially varying wind and pressure fields were derived. These hurricane events were simulated, providing spatially and temporally varying surge levels along the Miami coastline. Using an Extreme Value Analysis extreme surge levels were computed at various locations along the coastline. These extreme surge levels were input for the flood mapping, where overland inundation depths were derived for different return periods with a GIS-based approach. Also inundation as a result of pluvial flooding during hurricane events was simulated using Flowroute-i. 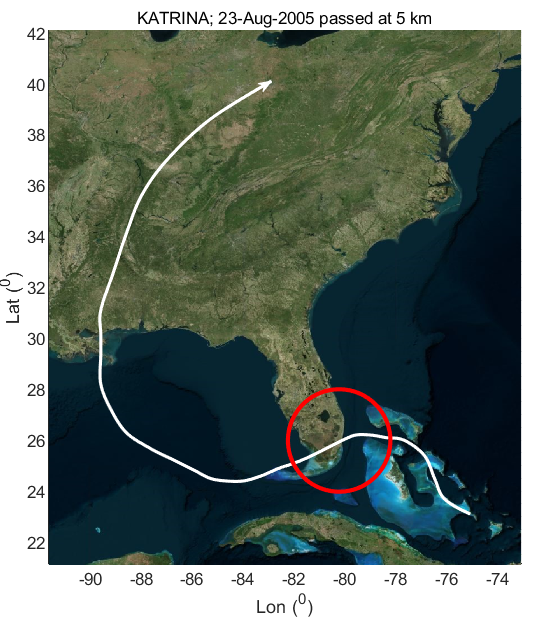 The analysis resulted in flood hazard maps for the entire Miami area, for both coastal and pluvial flooding. These maps can be used to derive flood hazards at specific sites, and consequent required insurance parameters. 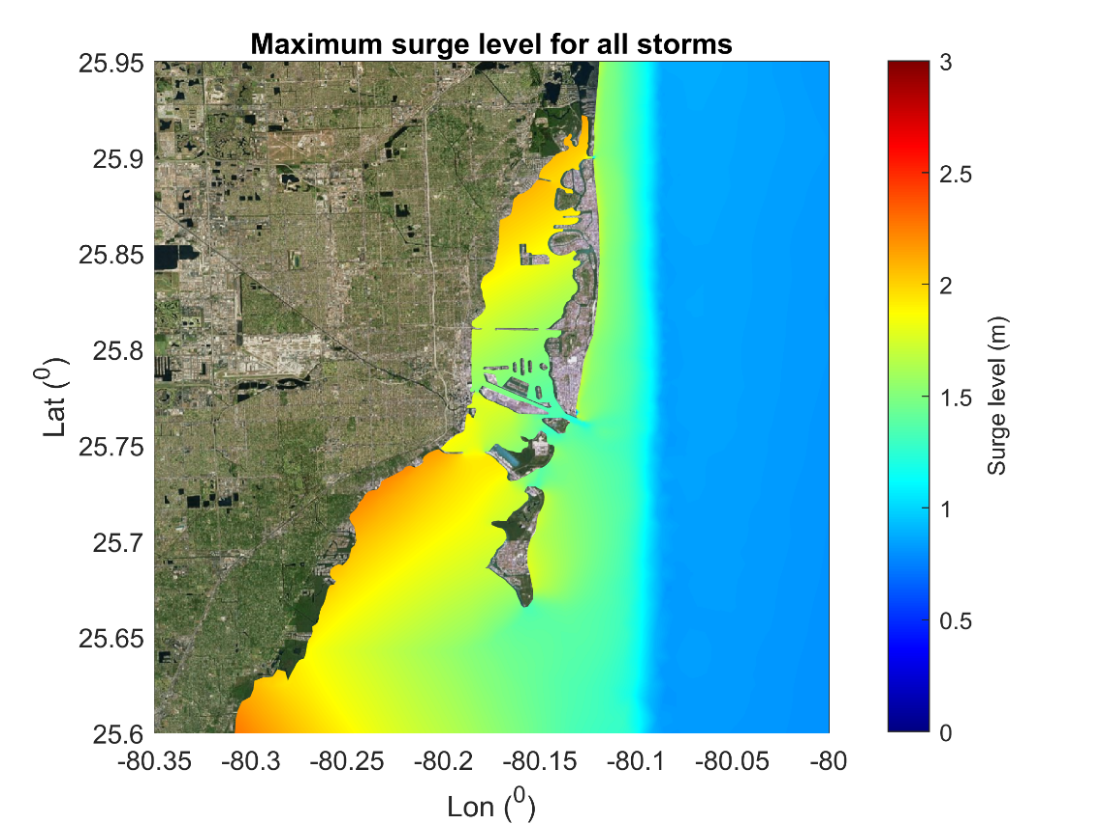