In the Biesbosch National Park, one of the last extensive areas of freshwater tidal wetlands in Northwestern Europe, three huge reservoirs are being used for natural pre-purification of water. The three reservoirs also serve as storage of the water from the River Meuse. Water suppliers use the water from the reservoirs as a source for industrial water and as drinking water for customers in the South West of the Netherlands. 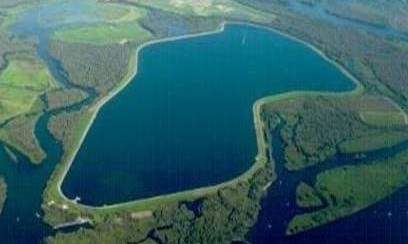 Royal HaskoningDHV investigated the dynamic behavior of the basin, considering the basin shape, basin bathymetry, wind conditions, and the locations of the in- and outlets. By exploring different options for the location, amount, and air discharge capacity of the aerators, and the use of numerical modelling, we quantified and optimized the expected vertical and horizontal mixing of the water. Application of non-hydrostatic 3D modelling in the Delft3D software and the nozzle bubble plume, enabled us to mimic the effect of the air bubbles from the aerators.

Improvement of water quality through better overall mixing requires relocation of some of the aerators to the deeper sections of the basin, and a better distribution of the aerators.

The study gave valuable insight in the effects and efficiency of the aerators in different configurations. Through scenario analysis the most efficient configuration was selected, advised to the client and build by the client. The configuration is expected to double the vertical mixing in De Gijster basin and consequently halving the purification time. Additionally the simulations revealed that aerators are essential to prevent algae blooms.