The Port of Abbot Point is Australia’s most northern coal export port and one with remarkable potential for trade growth. In naturally deep water, the port is located 25 kilometers north of Bowen, near the Great Barrier Reef. Earmarked as a port with significant potential to become not only one of Queensland’s, but one of Australia’s most valuable, intergenerational multi-commodity trading ports, the Port of Abbot Point has potential for expansion to meet growth in existing trades or to accommodate emerging trades. Expansion of the port requires dredging and onshore/offshore placement of dredged material.

As the port is located near the Great Barrier Reef, strict environmental safety and prevention is key. Royal HaskoningDHV was contracted to make the best possible detailed and reliable predictions of the dredge plume dispersion and sedimentation. Also, we assessed any possible impact of dredging and placement of sediment on the surrounding coral reefs. Royal HaskoningDHV built a stochastic dredge plume model with Delft3D. We predicted the short-term response of the dredging activities and onshore/offshore placement of the dredged sediment. The stochastic approach for the modelling of sediment plumes applied in this assessment is leading practice. This approach considered the inter-annual variability in metocean conditions for modelling the dispersion of material during the relocation activity. It significantly increased the confidence in the use of the model as a predictive tool. It also reduced the risk of any suspended sediment released due to the dredging and placement activities behaving in an unpredicted manner. The approach adopted was collaboratively developed with the Great Barrier Reef Marine Park Authority (GBRMPA) and the Australian Institute of Marine Science (AIMS) and the consultation and consensus on the modelling approach was supported by the Department of Environment. 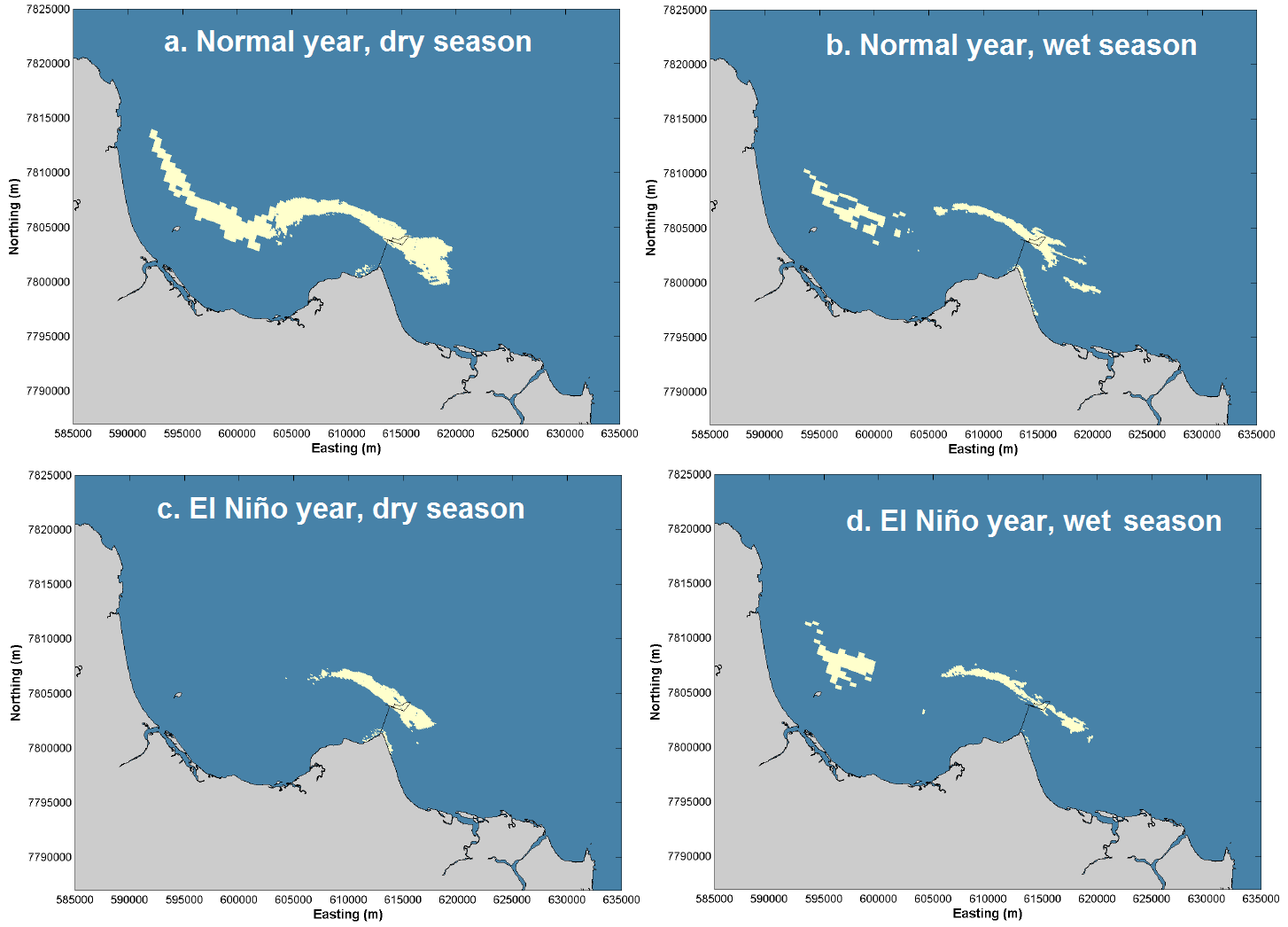 The model simulations showed that in most of the cases, the plume caused by the dredging is mainly advected in a northwest direction and would not be expected to be transported to the outer reef area.

Although a mathematical model, a simplified representation of reality, the used stochastic dredge plume model is the most accurate and reliable approach to predict environmental impact. The Monte Carlo analysis gives insight in which scenarios of external physical conditions lead to environmental risk, what the probability of occurrence of the scenarios is, and how/when to avoid or adapt dredging activities.