Payra Port will be the third largest seaport of Bangladesh. The port will be located in the Brahmaputra-Ganges Delta, which is a highly dynamic river, estuarine and coastal system with high turbidity, sediment transport rates and morphological developments. The challenge in this study was to understand the natural morphological developments, to predict the annual sedimentation and maintenance dredging volumes, and to reduce the maintenance dredging volumes by optimisation of the port and navigation channel design. 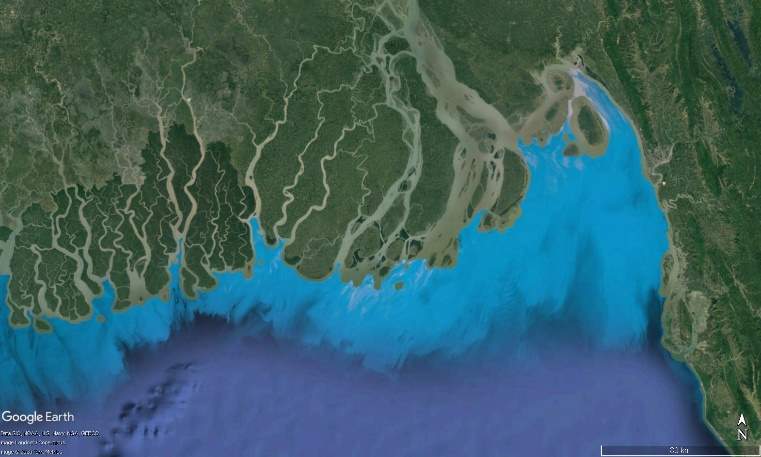 For each of the designs, the sedimentation rates and maintenance dredging volumes in the port basin and navigation channel were predicted using the modelling software MIKE21 FM. The modelling study considered tidal currents, ocean currents, wind-generated currents, swell waves and locally generated sea waves. The erosion, transport and deposition of sand and mud fractions were modelled in representative scenarios with seasonal variation and typhoon events. 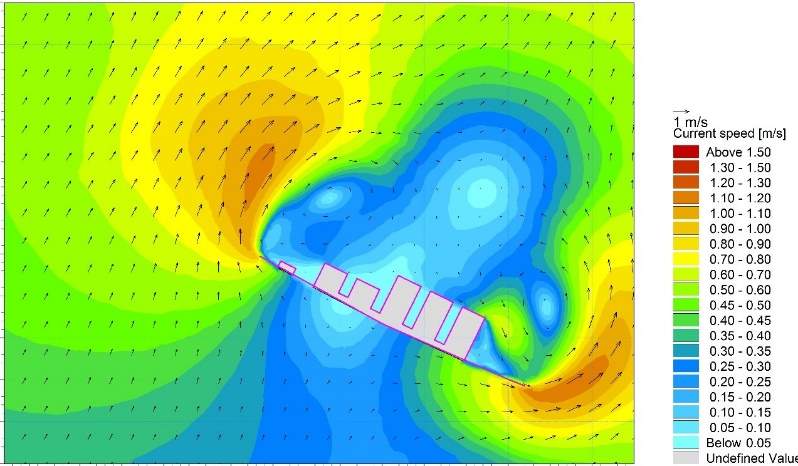 The study gave valuable insight in the natural dynamics of the currents, waves and sediment in the study area. As expected, the model results showed high sedimentation rates in the port basin and navigation channel. The design of the breakwaters around the offshore port had a large impact on these sedimentation rates.

The predicted sedimentation rates, maintenance dredging volumes and associated costs were important input in the development and assessment of the two port options.