Porto Central is a green-field port development in the State of Espirito Santo in Brazil. It will be a modern, efficient and world-class deep-water multi-purpose port. A 25-km approach channel will enable ships to reach the port. Both the basin and the approach channel need to be dredged, which results in a capital dredging volume of about 170 million m³. The dredging and offshore disposal creates high-turbidity plumes and extra sedimentation. Royal HaskoningDHV is asked to predict the high-turbidity plumes and sedimentation, and to predict the impact on the sensitive coastal environment.

Royal HaskoningDHV used sediment dispersion modelling to predict the spreading of sediment brought into suspension during the dredging and offshore disposal activities. Among others, an assessment of the dredging approach was made, including the effect of overflow. The model software MIKE21 FM was applied, which accounted for tidal currents, ocean currents, wind-generated currents and waves.

The results of the modelling were used as input for an assessment of the environmental impact, in particular on the rhodolith corals. 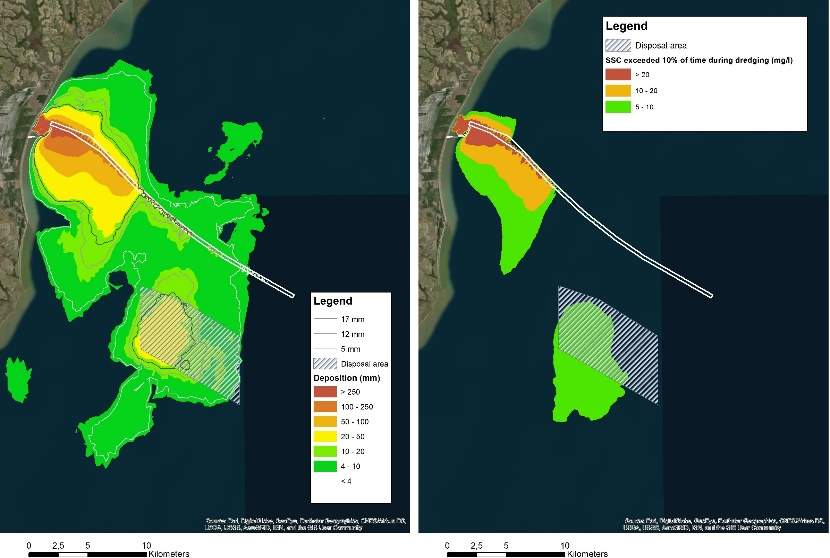 The study gave valuable insight in the environmental impact that can be expected during and after dredging of the Porto Central port basin and approach channel. Adaptive Dredging will prevent unnecessary environmental impacts along the Brazilian coast caused by the dredging and disposal activities.